“Put your shoulder to the wheel” ~ Aesop

Back in 1990, when the company was created, phone books were still a critical part of finding vendors. Having a name that starts with A was always a plus. So the owner, who is a lover of literature, decided to do a play on Aesop’s Fables, incorporating his love of reading with the practical consideration of advertising to create Aesop’s Gables.

Tom Dellaira started “working” regularly in a wood shop when he was nine years old. But no, it wasn’t really working; it was way more like playing. 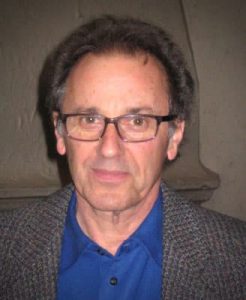 It happened nearly every Saturday morning and continued for years. From his house in Schenectady, New York, he would ride the bus downtown and get off near the YMCA—a big YMCA. It had residence rooms, full cafeteria, an indoor pool, a gym with a banked running track, an eight lane bowling alley in the basement (complete with pin boys), and most importantly: a wood shop with a lathe, band saws, jig saws, and cool hand tools like dovetail saws, rolled leather mallets and brace and bits for hand drilling holes.

There, under the instruction and supervision of Mr. Ferrucci, Tom worked on projects that he mostly gave to his parents and sometimes to one of his nineteen aunts and uncles. Projects would take a few weeks to a few months to complete: a slotted and compartmented mail organizing center, a hand-turned salad bowl, matching mahogany end lamps, or a small cedar treasure box. And so it went, nearly every Saturday, for years.

Tom’s Uncle Jack was a union carpenter, and when Tom was fifteen, he began working as his assistant on weekends, holidays and summers; eventually, Tom joined the carpenter’s union in Albany, New York at about age nineteen.

A decade later, Tom left the union and the area and headed west. In 1992, he took the required test, met the other prerequisites, and received his New Mexico General Contractor’s license.

In 2000, Tom became a dealer for a national, rollout shelf company with Albuquerque and Santa Fe as his protected territories. Ultimately, he terminated the dealership arrangement and formed his own company to include the manufacture of rollouts, as well as their sales and installation.

Now Tom is excited to join Dan and Daina Wade, and the rest of the extraordinary staff at Aesop’s Gables, to continue offering locally made, custom rollouts for your existing cabinets.

Make your dream design a reality with Aesop’s Gables
Get Your Free Estimate!